GENERAL URBAN PLAN OF THE MUNICIPALITY OF MALEVIZI 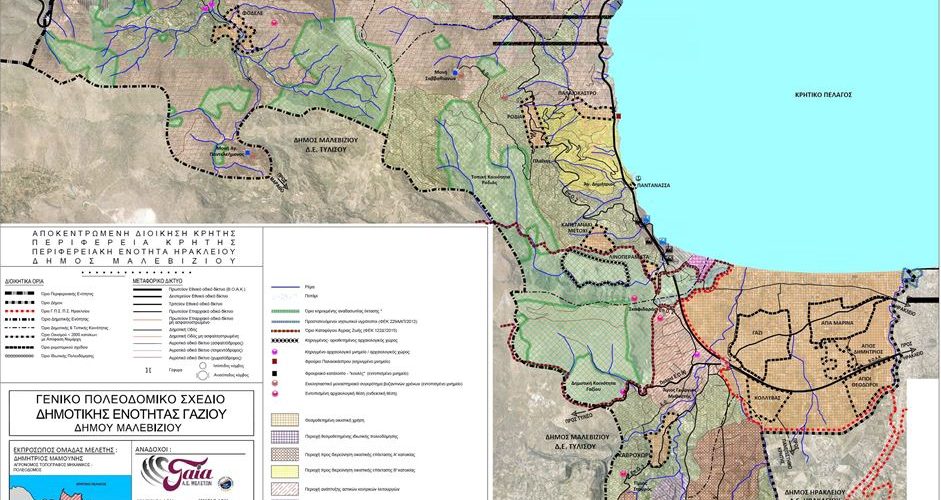 Completed the 1st Stage of the General Urban Plan study of the Municipality of Malevizi and the simultaneously elaboration of the Geological Suitability Study.

The Structure Plans and the General Urban Plans are being developed in two Stages, A and B. Stage B consists of two substations, B1 – the final proposal of the Study submitted to the bodies for opinion and B2 – a definitive proposal of the study after the consultations.

For the present study, the Stage A was completed on 16-6-2015, which concerns the analysis of the current situation, data evaluation and diagnosis of problems and development possibilities and prospects, as well as the formulation of development scenarios and the formulation of the preliminary proposal that proposes basic land use zones for the territorial territory of the Municipality. The Stage A of the study was received by the Board of Directors of the Municipality of Malevizi on 5-12-2016 (decision No. 563/2016).

Upon receipt of the Stage A, a Development Order was issued for the Stage B of the General Urban Plan (no. 702 / 17-1-2017 supervisor’s document) and the accompanying studies (Geological Suitability Study and Strategic Environmental Impact Assessment).

After the completion of the structural study of General Urban Plan of the Municipality of Malevizi, it will be approved by the General Secretary of Decentralized Administration of Crete, following the positive opinion of the Council of Urban Issues and Contests of the Regional Unit of Heraklion.

From the point of view of the wider spatial planning, the current superior institutional planning framework for the study area is the “Regional Framework for Spatial Planning and Sustainable Development of the Region of Crete” (M.D. 25291 / 25-6-2003, Government Gazette 1486B’ / 2003 ).

The peculiarity of the study area lies in its interior intense variation, both in terms of the diversity of the natural landscape and of the out of urban area with mixed land use, as well as the variety in the structure and physiognomy of the residential areas. Its immediate proximity to the urban center of Heraklion has largely determined its physiognomy.

The historical identity of the area, the rich archaeological reserve and the proximity to important international archaeological sites of Heraklion and the wider region (Knossos, Phaistos, etc.) give the region a comparative advantage.