GENERAL URBAN PLAN OF THE MUNICIPAL UNIT OF PEFKA, REGIONAL UNIT OF THESSALONIKI 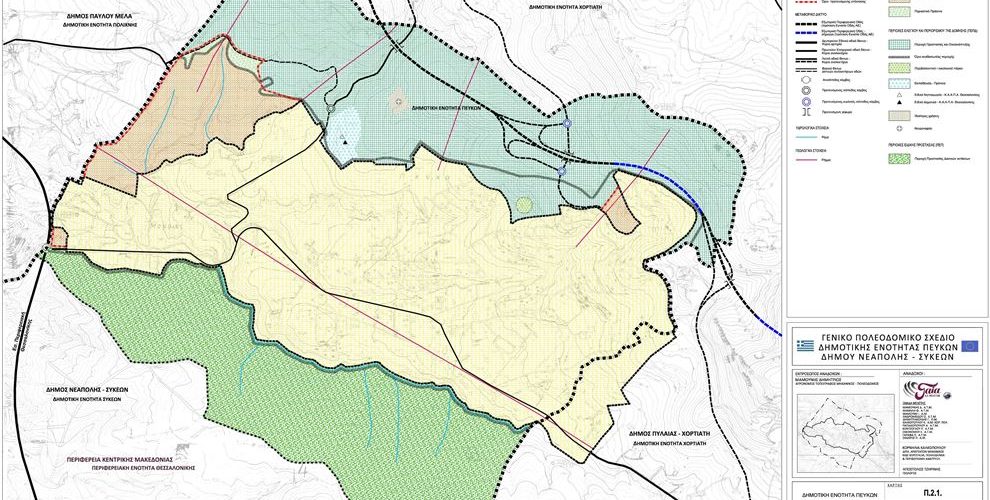 The General Urban Plan of the Municipal Unit of Pefka, is approved by the Ministry of Environment & Energy, following the opinion of the Metropolital Planning Council, in which the Study will be submitted accompanied by a suggestion from the Metropolitan Planning Department of Thessaloniki.

The General Urban Plan of the Municipal Unit of Pefka was conducted in two stages, A and B. Stage B consists of two substations, B1 – the final proposal of the Study which submitted to the bodies for opinion and B2 – a definitive proposal of the study after the consultations. For the B1 Stage of the study, the Board of Directors of the Municipality of Neapoli – Sykies gave its opinion in accordance with its decision no.463 / 28-12-2016 with which it received the B1 Stage and the additional studies of Geological Suitability and Strategic Environmental Impact Study.

A supplementary opinion of the Board of Directors of the Municipality of Neapoli – Sykies is pending. concerning the proposed extension and the commencement of the B2 Stage of the study.

The Municipal Unit of Pefka is an important  suburb of Thessaloniki, both because of its short time distance and due to its particular natural environment and the semi-mountainous peri-urban landscape of the area. The dominant use within the approved plan of the settlement is the dwelling, while on the main road axis of the settlement there are other uses of private education (tutorials), commercial etc. Sparsely in the settlement there are green areas, but also public utilities, which however need to be strengthened.